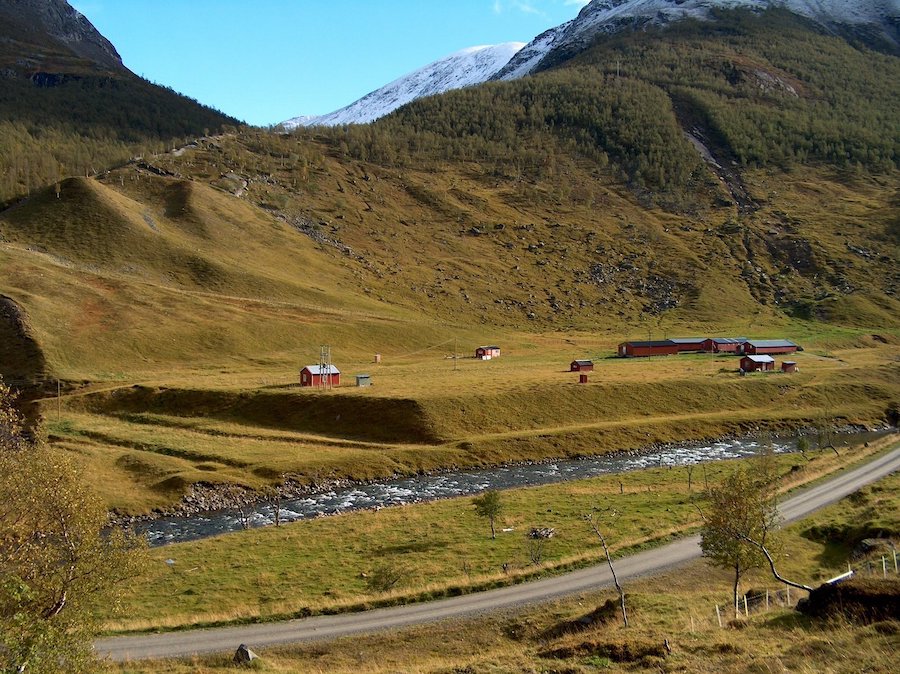 For generations the people of Olmmáivággi had used the area to hunt, fish, harvest, pasture, log, dairy farm, for education and for hiking. In the 1990s, the conflict about Čáhput was raised in the judicial system and on the 5th of October 2001 the Olmmáivággi people won their case in the high court. The judgement confirmed that the village population owned the property in Čáhput.

The Sea Sámi in Northern Troms had sovereignty over their traditional lands until the beginning of the 1600s. The King of Denmark-Norway then decided that this should be the king’s property. Later the region was sold to a property investor and then to local landlords.

In 1885 the state purchased Čáhput, the upper valley of Olmmáivággi (Manndalen). The purchase was ambiguous, and the people of Olmmáivággi proclaimed their rights to the area. From the 1920s, the state attempted to regulate the use of the forest and outlying fields. They reported illegal logging, demanded lease agreements, held police interrogations and threatened fines. The state met great resistance among the village people and most of them continued to use the area as before.

In the 1990s, the conflict about Čáhput was raised in the judicial system and on the 5th of October 2001 the Olmmáivággi people won their case in the high court. The judgement confirmed that the village population owned the property in Čáhput. For generations the people of Olmmáivággi had used the area to hunt, fish, harvest, pasture, log, dairy farm, for education and for hiking. This judgement has been described as historic for Sámi rights.

In 1950 three families established Summer dairy farms here. Every family had 2 or 3 cows. They had farmyards and had their cows in a common barn. In 1955-56 dairy goat farming was established on both sides of the river. After a few years 11 goat farms were established. There were up to 15 farms in the area with a total of 800 goats. These were worked from June through to early September. Goats were last farmed here in 2013.

Intensive grazing has shaped this special landscape. According to the County Governor of Troms the region has a distinctive cultural heritage with buildings, floral diversity and a historic depth. The region is held in the highest preservation category. Since 2019 Čáhput has been used to graze nearly 800 sheep and 30 cows. In addition we have reindeer from the Skárfvággi and Helligskogen reindeer grazing districts, which mainly graze on the high mountains.

Cáhput has been used since the early 1800s for the gathering of winter fodder for livestock.

Up until the Second World War most of the farming areas of Olmmáivággi were outlying fields, most of which were in Cáhput. Harvesting began late in Summer and could take some weeks. People would stay in Rissegoahtit – temporary shelters of logs and branches, covered with grass.

The grasses were cut with a scythe and dried on the ground or hung in trees. Some people used hayracks, which were made of 4–5 poles bound fast with bands of willow. Dried hay was stored in haystacks and was brought down in winter by sled. A family could harvest enough hay for 10–20 sheep in Cáhput. People often used the same fields year after year. 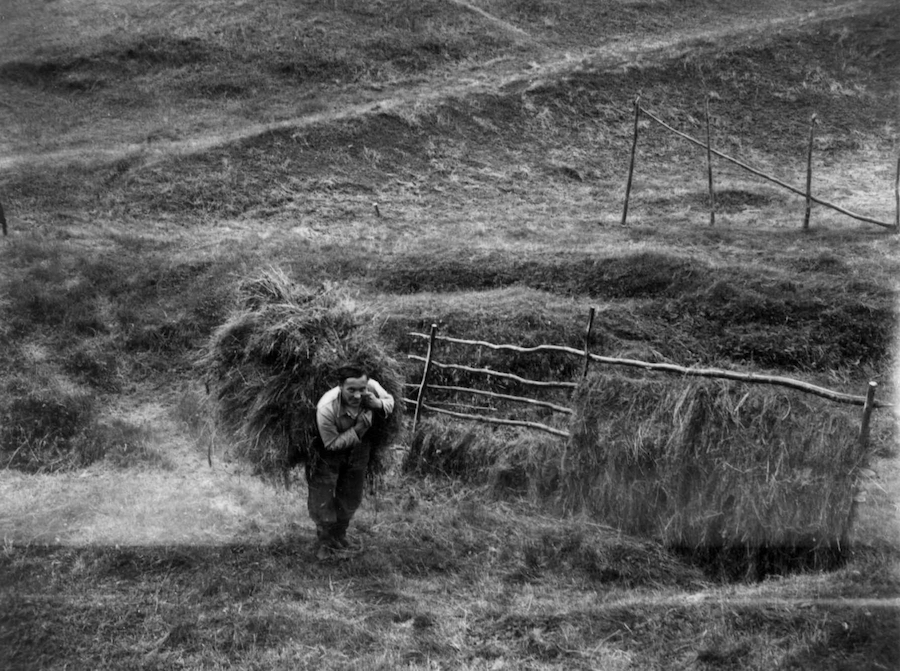 Cáhput has also been used for hunting and fishing for centuries. There are stories about hunting wild reindeer high up in Olmmáivággi. In Skáidevággi there are the remains of a stone fence, possibly used for this purpose. The entire area has been used for hunting grouse to sell. People built traditional shelters where they lived during the hunt. There has also been a long tradition of fishing in mountain lakes, and in the river where you are almost guaranteed to catch fish for dinner. 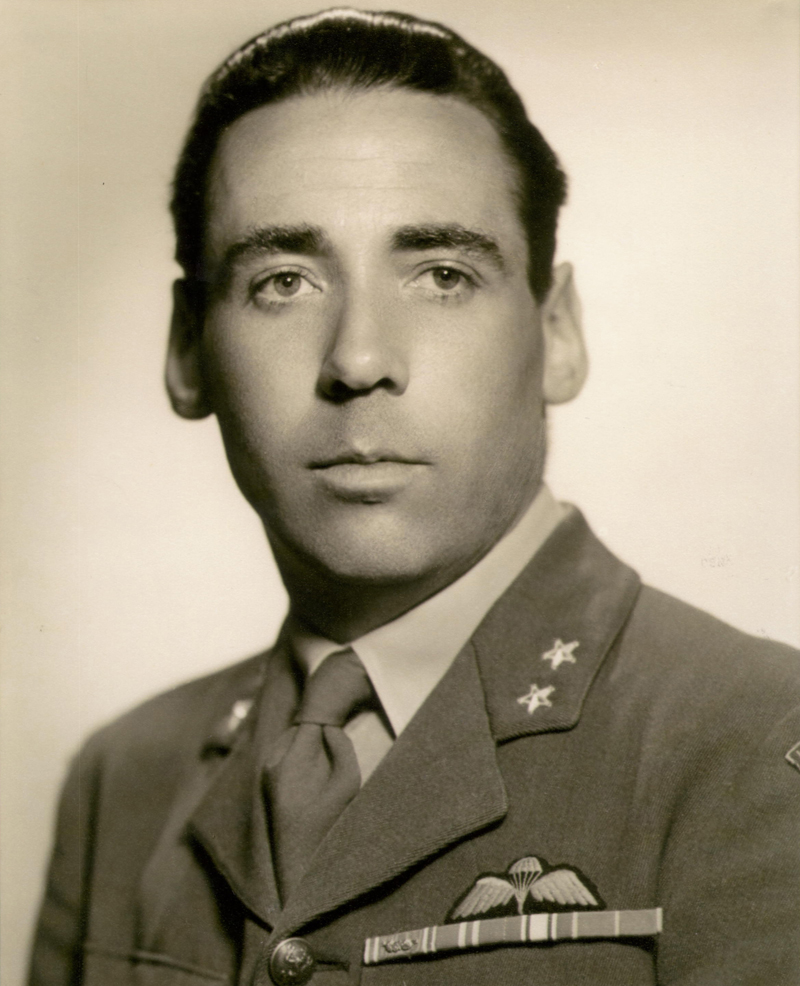 Norway was occupied by Germany from 1940–1945. In the beginning of March 1943 Jan Baalsrud and some soldiers left England on a small fishing boat to organize sabotage groups in Northern Norway. Their boat was discovered off the coast of Troms County and attacked. Two men were killed; nine arrested and later executed in Tromsø.

Baalsrud managed to get away and began a herculean escape toward neutral Sweden. On his journey he was helped in many places by the local population. Baalsrud arrived in Furuflaten weak and exhausted. He was eventually transported to the mountains west of Olmmáivággi. After 16 days in the mountains, he was brought to the cave here in Skáidi.

In Olmmáivággi there were about twenty people involved in providing clothes, food and care for him. Baalsrud lay in the cave for 17 days before he was transported to Sweden by Reindeer Sámi from Gálggojávri. In addition to those helping there were many in Olmmáivággi that knew of the situation. Everyone lived in very real danger of severe punishment if Baalsrud was discovered.

In accordance with Jan Baalsrud´s own wishes, his ashes were buried in the churchyard of Olmmáivággi. 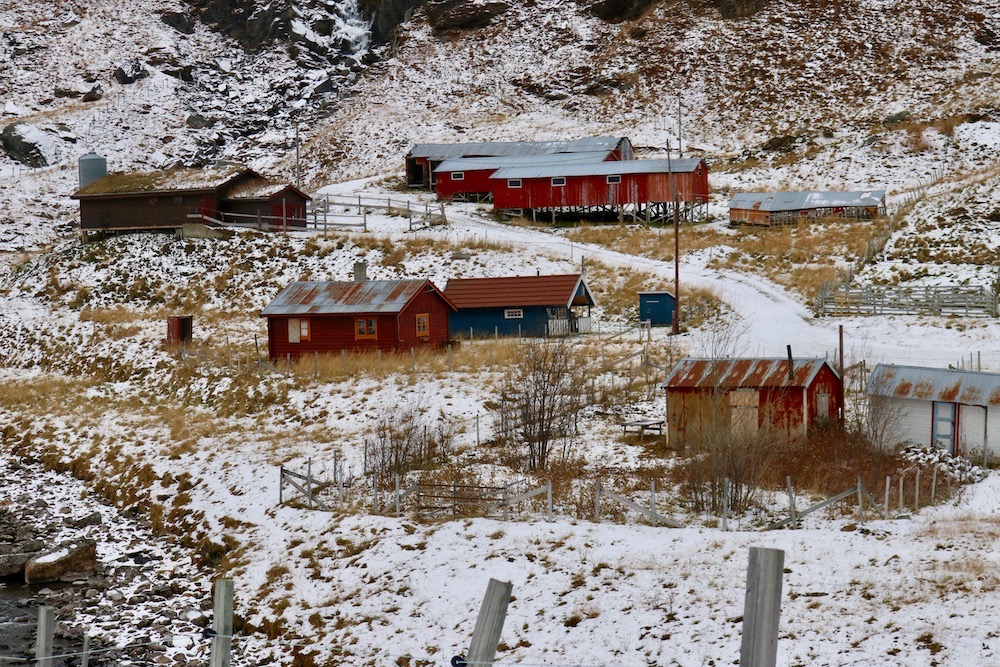 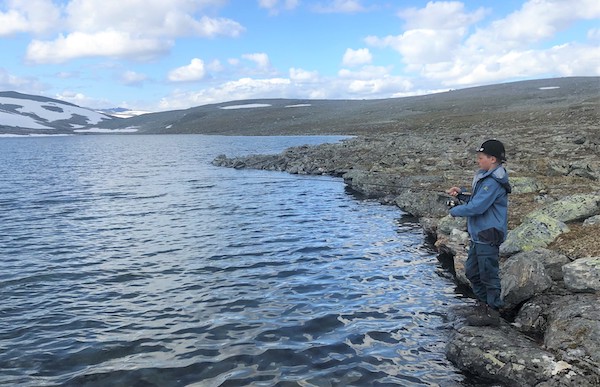 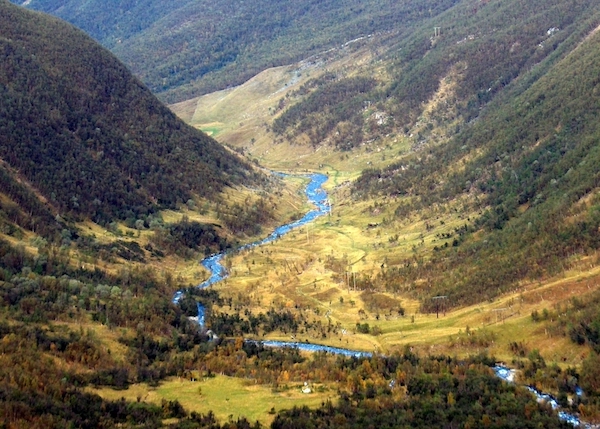 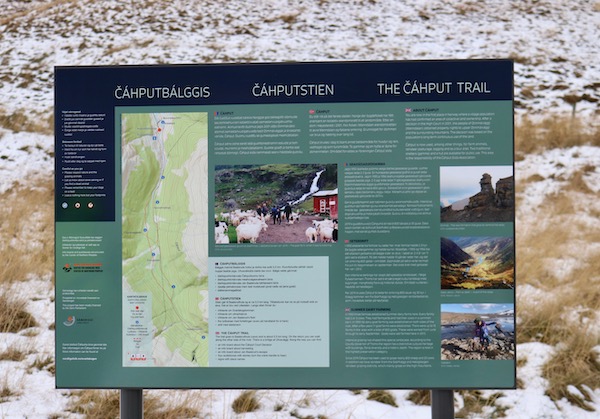 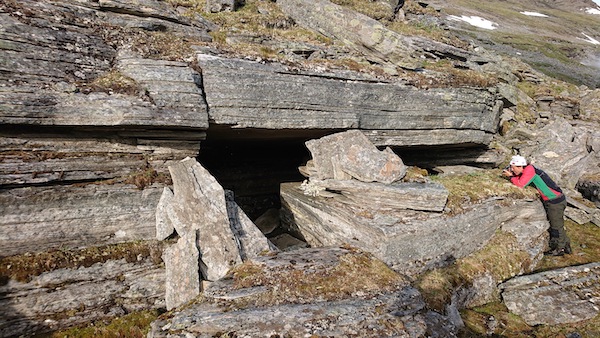 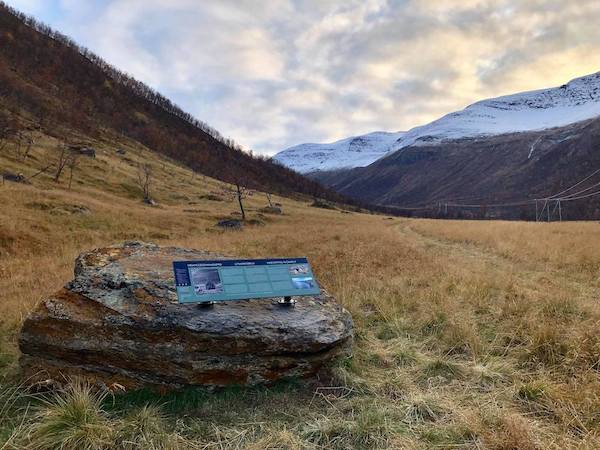 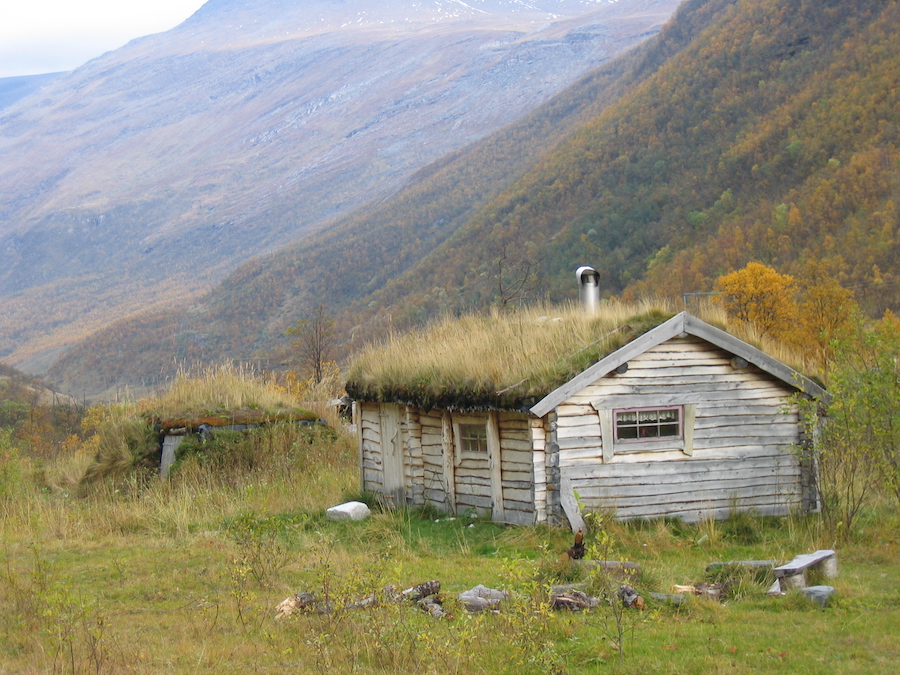 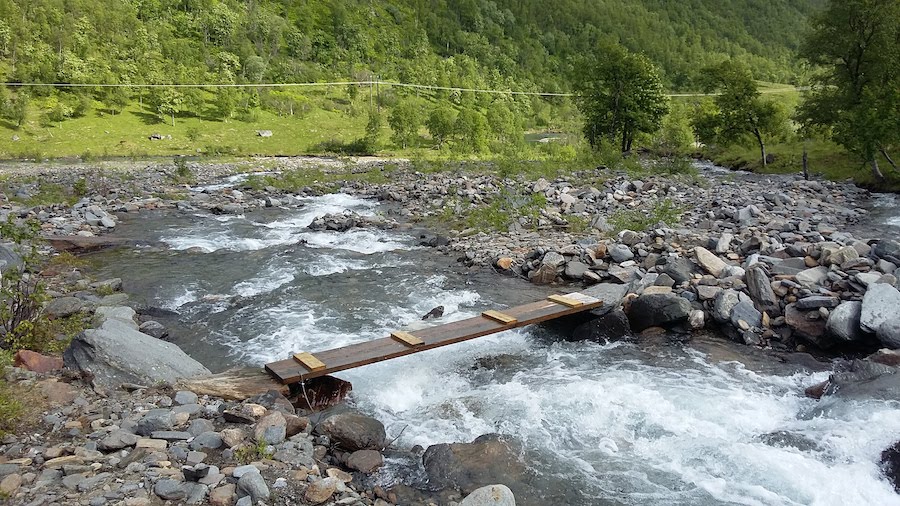