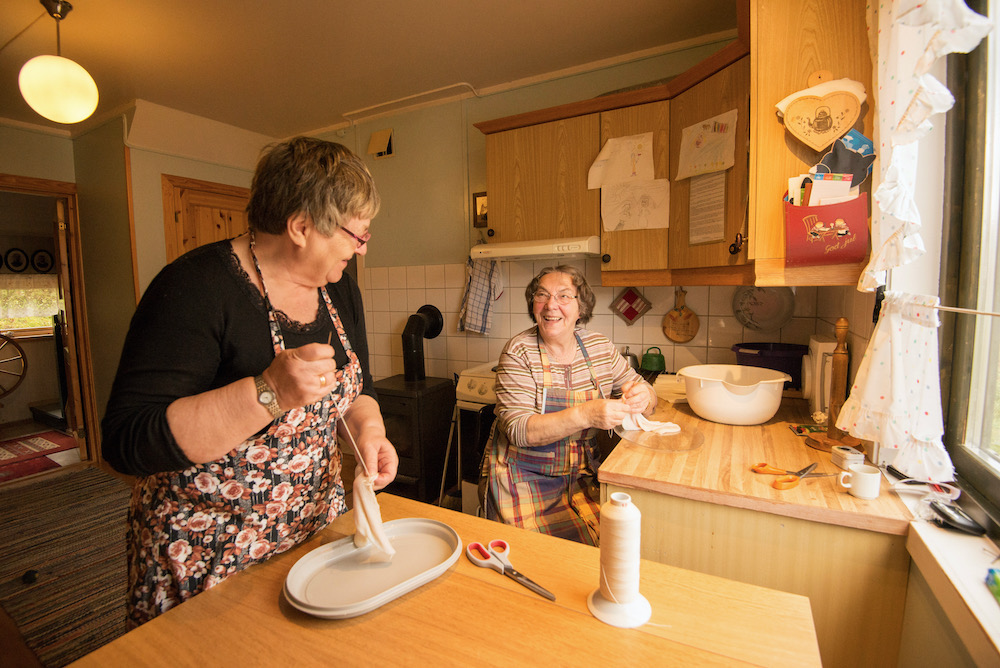 – We thought the sausages from the large instine were the best. We liked them well when we were children. Even though we were poor, our parents thought that food was the most important thing. They did not sell the animals. We always had so much meat. Yes, we had so much of everything. The sisters Ruth Bergljot Larsen and Eliva Antona Henriksen from Skardalen make blood sausages.

We sew the intestines with cotton thread. We can sew them and put them in the freezer, and then we take them out when we have blood. We can also freeze the blood, there is no problem. It’s not like it was in the old days, when you did not have a freezer. Then they had outbuildings, and when it got cold, they piled it out. So we did not slaughter until we had minus degrees. It was just like with the rowanberries, they could not be taken until there had been night frost. They were not so sour then, when they had been frozen. Yes, because when it freezes, some of the carbohydrates are converted to sugar. Just like the potatoes, if they had been frozen in the cellar. You knew that right away. If it had been too cold in the cellar, the potatoes would have been sweet. 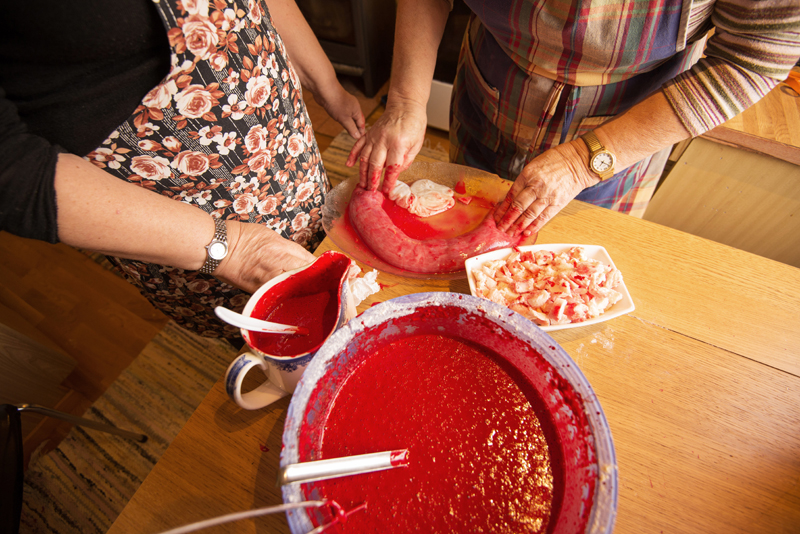 2 liters of blood
2 tsp salt (approx.)
Sugar or syrup
Carnation and allspice
Coarse baking flour
Kidney tallow in cut pieces
Raisins (We first soak them in flour, then they do not fall into the bottom of the sausage.)

– Now it smells like sausages. It’s that carnation. I used to taste the blood to feel if something was missing.
– Take another half teaspoon allspice and cloves!

The blood mixture should be whipped until it foams properly. It must not be too thick, as the sausages will crack. It can rest a little before we fill it in. 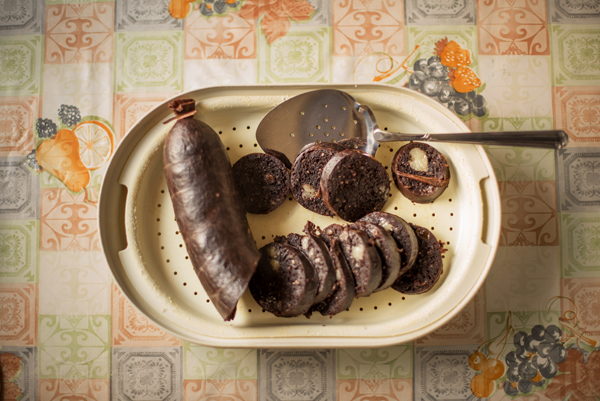 The tripe, like sausages, were made in the autumn. we ate so much blood sausages in the fall. My mother had two sisters and a niece who lived in Oslo, and every autumn she sewed sausages and sent them down to Oslo. I think they waited every fall for those sausages. – Yes, they were waiting. They knew she would send. What do you think, she sent down a lot of food during the war? Until the postman said to her: “Now you must not send any more packages.” She did not know what had happened, but she assumed that he had been asked why that woman was sending so much. Then Mom said, “Yes, but her siblings have no food.” The postman replied, “Yes, then you must send from someone who is dead, send in their name.” “No,” she said, “I do not send from dead people.” 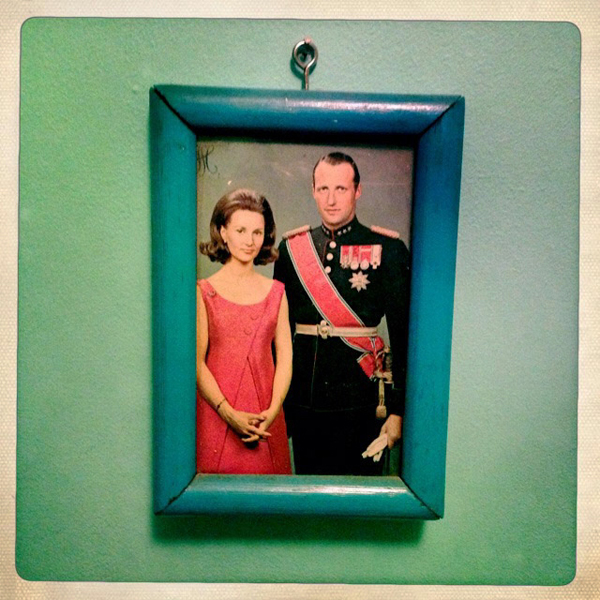 – My grandfather told me that they had just gotten married, and that was at the end of the 19th century. They lived with their parents in-law, but then Grandpa said, “Now we’ll build a house.” They applied for a loan. It was very rare to apply for a loan at that time. But they did, and then they do not get the money. Grandfather traveled to talk to the bank. They say that the money has been paid out. Grandfather had not received them. He says he did not get the money, but no it did not help. “The money is paid out, so you have to pay interest and loan repayments.” And Grandpa has to do it, otherwise they come and take everything they have. He tries in every way, but nothing helps. Totally desperate. But then suddenly his brother says, “We are writing to the king.” And they wrote letters to the king, telling the sad story that they could not afford to buy a house anymore because they had to pay off a loan that they had not received. It did not take long after they had written to the king, then they were informed that the debt had been canceled.

Yes, so the king had arranged for them. Was it strange that they greatly appreciated the king? They had royal pictures in every house. The king knew and the king did.

But also in our recent time, in the 50s, there was a man here in Skardalen who had two boys at the same time in the military. Here it is very steep. H could not do the haymaking, because he had kidney disease, he and his father. He could not do anything. If they were not able to feed all the animals, they would starve to death, both them and the animals. The boys tried to get home to help, but it was impossible. Then he wrote to the king and told everything. Just a few days after he had sent the letter, one of the boys was called up during the line-up. He could then pack up and go home. The king sorted it out. It was also King Haakon. So we love the king and we still pray for the royal house, every Sunday.

When Sonja and Harald got engaged, my mother hung up the engagement picture of them in the living room.