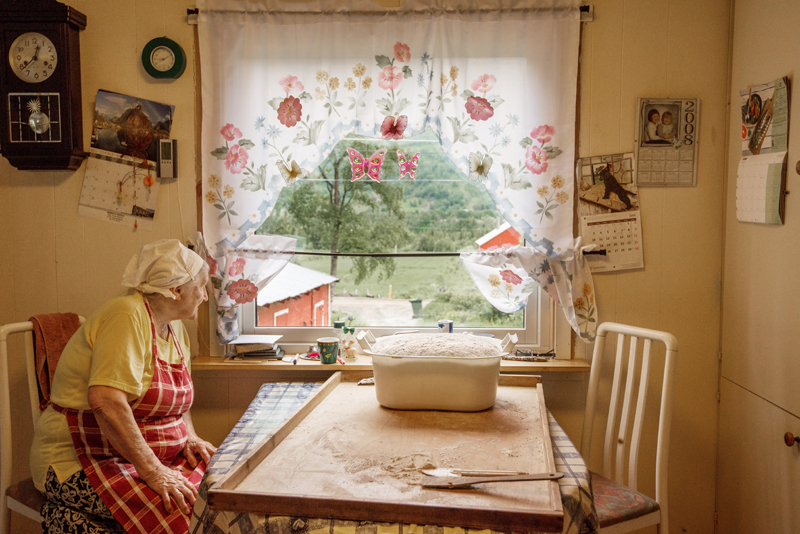 I used to say that I do not have a recipe for anything, I just make the food. When I got married and got my one house and children, I baked often and plentifully. You know, with so many children you need a lot of bread.

2 kg of cereal flour
1 kg of a mixture of coarse flour and whole wheat
3-4 kg of flour (wheat flour, I probably had more than 3 kg of)
3 liters of liquid (water, broth from meat, carrot water)
Salt, syrup and oil
2 pcs of dry yeast

If I have broth, I usually have it in the bread dough. Now I’ll call Ragnar, because they ate broth with meat yesterday. I’m going to say that they should not throw away that broth if anything left. I put broth in plastic bags and then I freeze them. Around one and a half liters of broth in each bag. When I then bake, I take one of the bags and mix it with water. For 12 loaves, it’s good to have three liters of liquid. When I do not have broth, I use to have some salt in the water. Light syrup I use and have and some rapeseed oil. If I have just cooked carrots, then I use carrot water in the breads. And if there is anything left over of the carrot water, then I drink it myself. One should take advantage of everything.

Usally I get up around 4-5 in the morning when I plan to bake that many breads. Then I finish early. But it is not always. Occasionally. 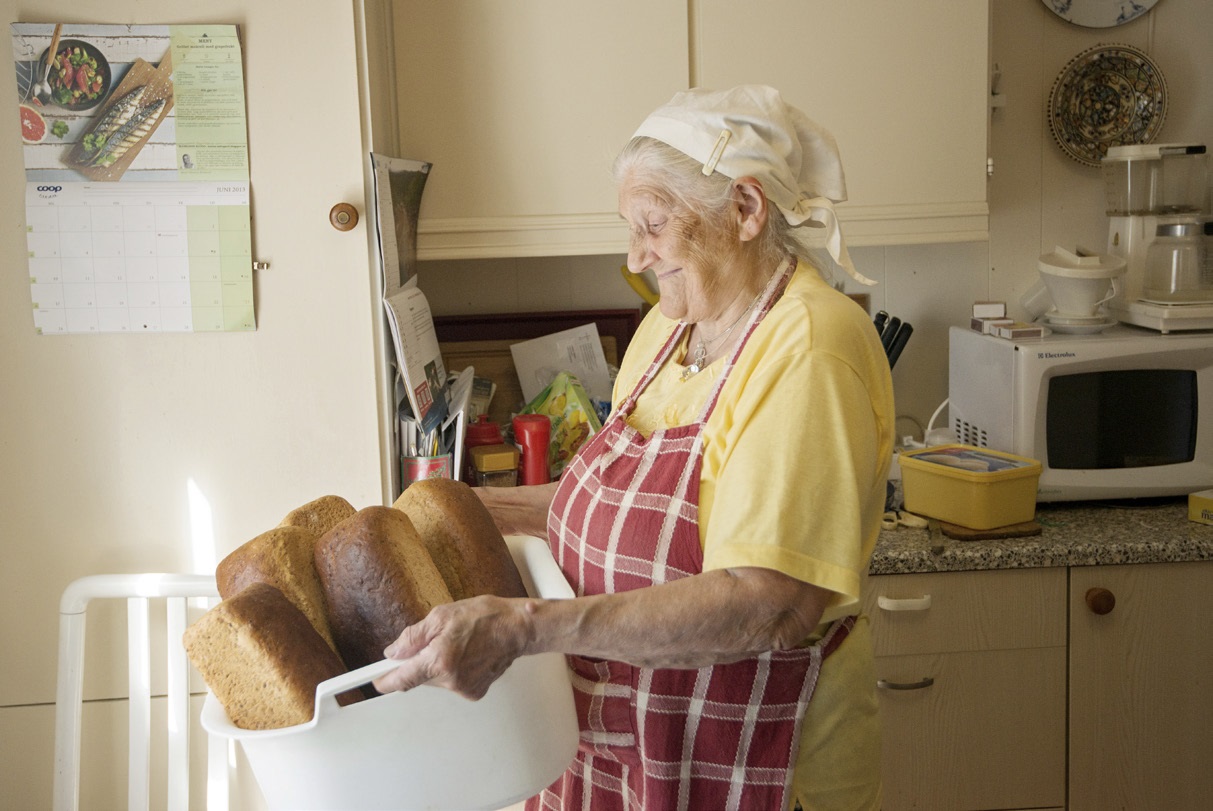 My mom used to bake a lot of bread. We had a big stove that an uncle had made. Old aunt Ida used to tell that when the man went to Lofoten in the winter, people came with their bowls of dough and she baked forty loaves at a time in the stove. Because when they traveled to Lofoten, they had to bring all the food with them. They baked lefse too. Lofotlefse they called it. They had big chests of food and some extra clothes. In the spring they went to Finnmarka, and then it was the same again. The men they were gone most of the time.