On 30 November 1925, several distraint sales were announced in Manndalen, and the police chief and his men came to the community.

They were met by local residents asking them to leave, to which the police chief responded that he would have the heads of the locals facing him. They proceeded with the sale, and a cow with calf was the next lot up. At that point, the owner of the cow drew his knife and stated that if they took his cow, they might as well kill him and his family, because they would have nothing to sustain them through the winter. To this, the police chief responded that the municipality had plenty of coffins.

With the local residents leading the way, the police chief and his men continued up the valley. When the police tried to force their way through the group of locals, they were hit with fence posts. The locals, however, claimed they had not used any violence, and that the police chief had hit his way through the crowd, yelling that he would “thread ten little Lapps on each finger”.

The police were forced to turn around, and the crowd followed. A week later they returned, and fifteen men were brought in for questioning. Several were detained, fined, or prosecuted for assaulting an officer of the law. The verdict fell in November 1926, and twelve men were found guilty. One was sentenced to 90 days in prison, three were sentenced to five months in prison, whereas eight were sentenced to 30-60 days in prison, but had their sentences suspended. After this incident, all the rage of the local population was directed at the police chief. The locals believed the police chief had used excessive force, and that he harboured racist views towards the local residents. 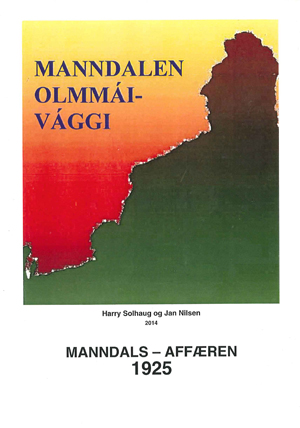