Duodji/handicrafts has been a central element in natural household production in the region. 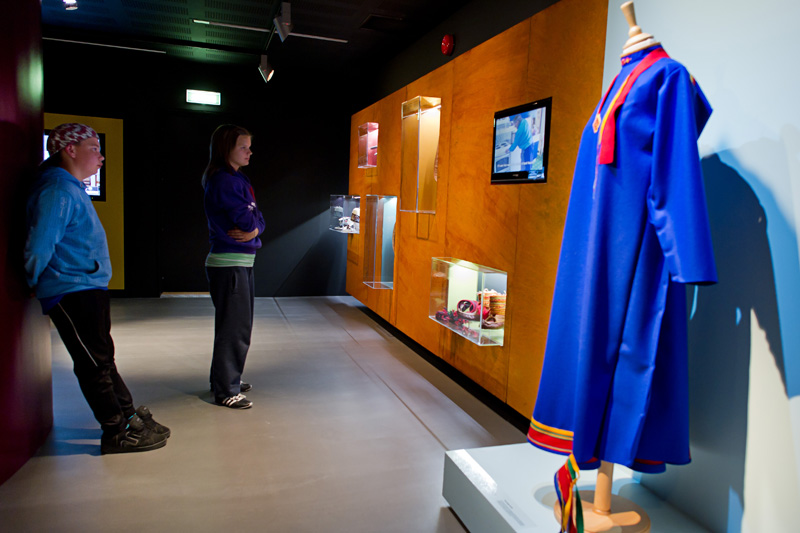 An important handicraft product is rátnu/grena which is woven in wool on a special standing loom. This weaving technique is the oldest that we have knowledge of. Depictions of standing looms have been found on vases and other ornate objects from antiquity. Grena is water resistant and user friendly in all kinds of weather, and has been used as a rug in various types of housing and as a rug for the draft sleds, not to mention as canvas and as a door in the bealljegoađit / winter tent. In Manndalen, branch weaving has been practiced throughout the last century.

Boares Ivgogákti /the traditional Sami outfit (gákti) went out of use in the late 1800s, but was reconstructed by the Gaivuona NSR / Kåfjord Sami Association in the 1990s. Today the gákti has become a popular festive garment and an important symbol for the Coastal Sami in the North Troms region.