One of the most important markets in North Norway, Ivgobađamárkan / Skibotenmarkedet was found in Skibotn, Storfjord. The market was a natural meeting place for cultural groups from the inland and coastal areas. 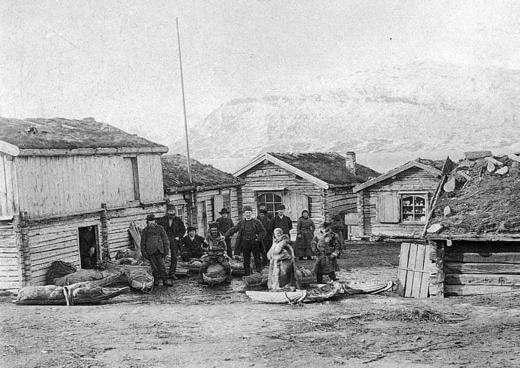 Reindeer herders, merchants from the Tornio River Valley, Norwegian merchants and Norwegians, and Sami and Kven people from the outlying areas all came together at this place. Skibotenmarkedet has roots that go back to the middle ages.

At the old marketplace in Nálluvuohppi in Skibotn one sees evidence of turf hut sites in the terrain. A turf hut is a building construction or dwelling that consists of a structural element of wood which is then covered in bark and turf. Turf hut sites are evidenced by mounds in the terrain where there otherwise would have been flat ground.

By the shore in the settlement of Birtavarre, which is situated innermost in Kåfjord, there are shacks and boathouses built in the 1800s and early 1900s. The seashore shacks are made from raw alder using the cogging joint technique and a turf roof. The boathouses were used for storing fishing equipment, and provided home base for an extensive inshore fishery during all the times of the year in the Kåfjord and the Lyngenfjord. 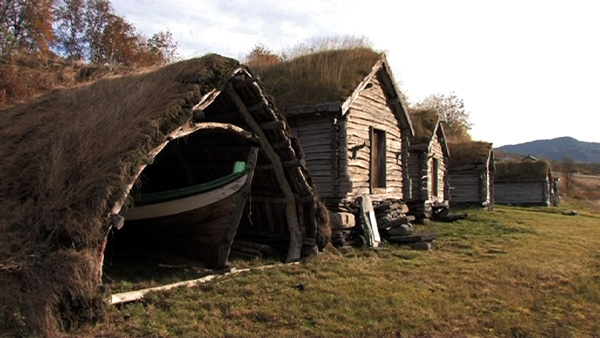 The bear had a particularly important meaning in the pre-Christian Sami religion. There are several descriptions of rituals around the bear hunt, but all of them tell us that the bear’s bones were to be buried after the bear was eaten. Legends tell about the last heathen “Bonki” who buried bears in Bonkholmen in the Lyngen Fjord. At Bonkholmen there are remains of bear graves , dated back to about 650-780 years after Christ. 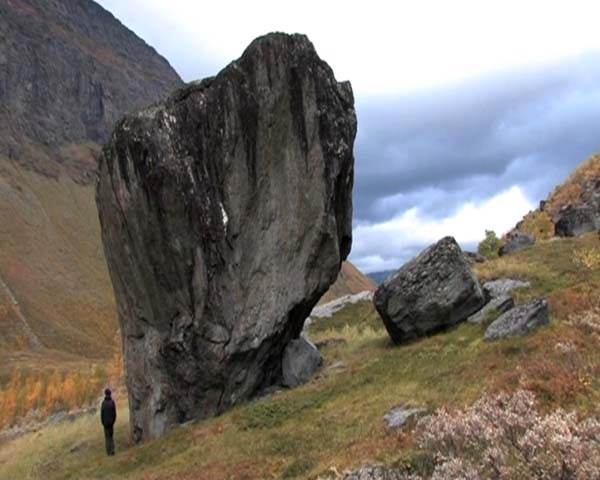 The offering stones are often distinctive natural formations. They are found in landscapes with lakes, islands, headlands and mountains or in the vicinity of important fishing and hunting grounds. They were considered sacred sites. Stories tell of how people would pray for help in their daily lives by worshipping or sacrificing to nature.