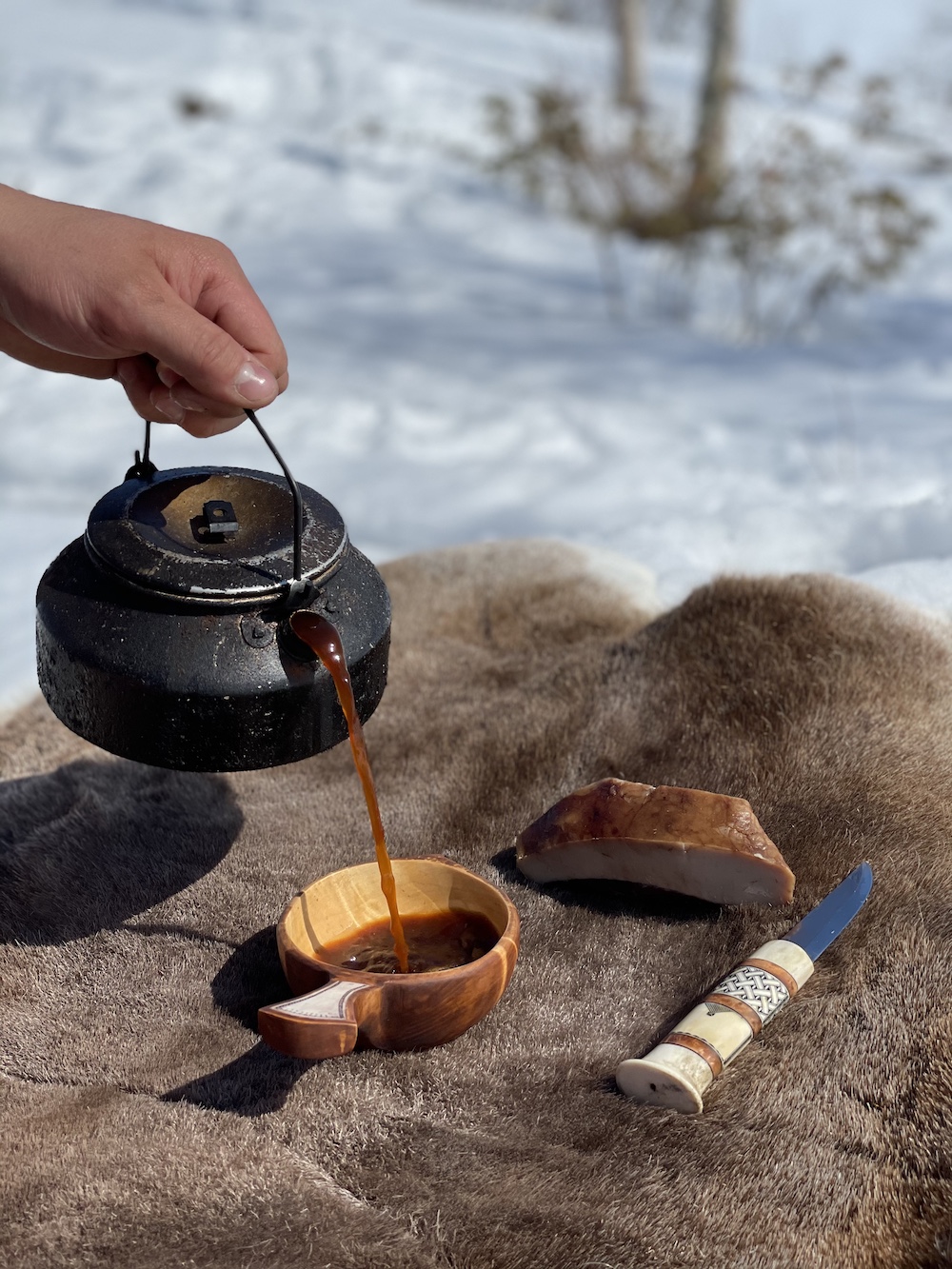 Åarjel-saemieh – South-Sámi is a group of Sámi in southern parts of Saepmie. What differentiates South Sámi’s from other Sámi groups, is first and foremost the language, but also clothing, decoration, building techniques and other cultural expressions. Traditionally fishing, hunting, gathering, handicraft and reindeer husbandry are central to central to South Sámi society.

Today, settlements go from Saltfjellet and Västerbotten in the north, to northern parts of Innalndet and Jämtlands län, and parts of Dalarna in the south. From Bottenviken to the Norwegian Sea. The South Sámi live spread over large areas, and connection to nature, the ancestors and genealogy is important, as well as the connection to the family, extended family, and the reindeers. 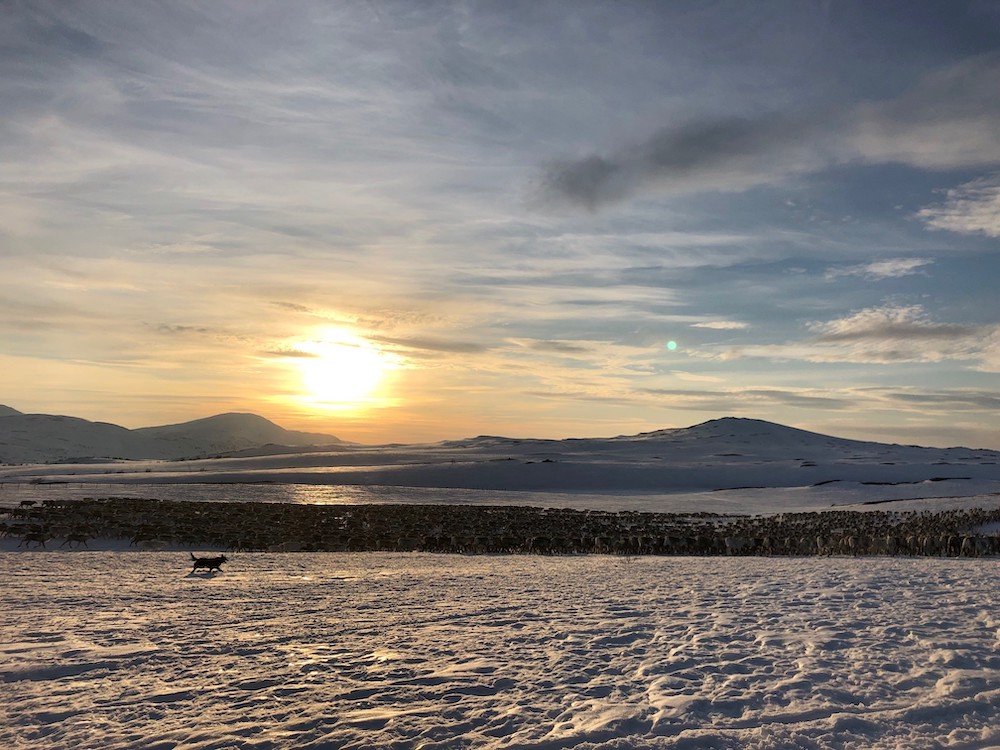 The Sámi language stretches across all the states that have divided Saepmie between them, over parts of Norway, Sweden, Finland and Russia, but the language borders do not follow the state borders. There are over 10 different Sámi languages, and South Sámi is the southernmost, and there is a distinct difference between it and the other Sámi languages.

On UNESCOs list of endangered languages, South Sámi is classified as severely endangered. Few practitioners and large distances make it hard to do South Sámi language work. Society has a big need for people with knowledge of South Sámi, especially within teaching, in the development of teaching materials, and in public administration and services.

The stress in Sámi words is always on the first syllable. Sámi is a verbal language in the sense that it, as a communicative tool, is concerned about the verb, the action. Because one can derive from the stem of the word several meaning-changing and precise endings, the language provides opportunities for almost infinities in variation of, for example, the description of movement.

Knowledge of, skills and the connection to vætna is important for the South Sámi. Vætna includes utensils, performing arts and symbols which represents Sámi lifestyle and worldview. Sámi lifestyle is one where one does not take more than one needs then and there, and in a way in which access to resources does not deteriorate. South Sámi ornaments have a largely geometric character. Patterns are built on geometrically straight lines, with braid patterns, star patterns and borders. Decorating, meaning drawings, engravings, or the use of tin and pearls, is simultaneously practical, aesthetic, and communicative. It is especially connected to handicraft, skis, sledges, harnesses, vehicles, tools, clothes or handicraft products. Traditional materials are trees, horn, bones and leather. From the trees, bark, roots, wood, and burls are used. From the reindeers, leather, horn, bones, and tendons are used for vætna, and the rest is eaten.

Other than eating what the reindeer gives, fish and berries are food staples. Meat form elk and reindeer can be boiled and fried, or salted, smoked, and dried for conservation. Native plants are used in food and medicine, as handicraft materials and for insulation. 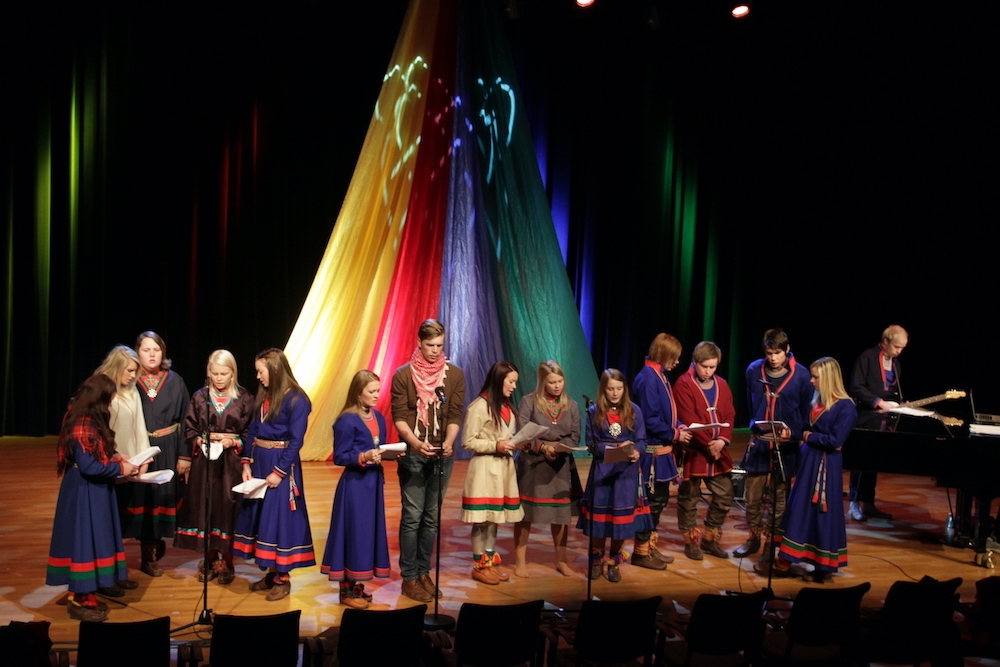 South Sámi clothing is traditionally a hip or knee length gapta. Traditionally it is blue, with colourful bands around the wrists and around the neckline. The gapta is largely the same in the entire South Sámi area, but with some variations between districts and families. The biggest difference is that the gapta from the Røros and Härjedals areas have square patterns on the breast piece, while the gapta from Vafsn, Namdalen, Västerbotten and Jämtland have a semi-circular breast piece. 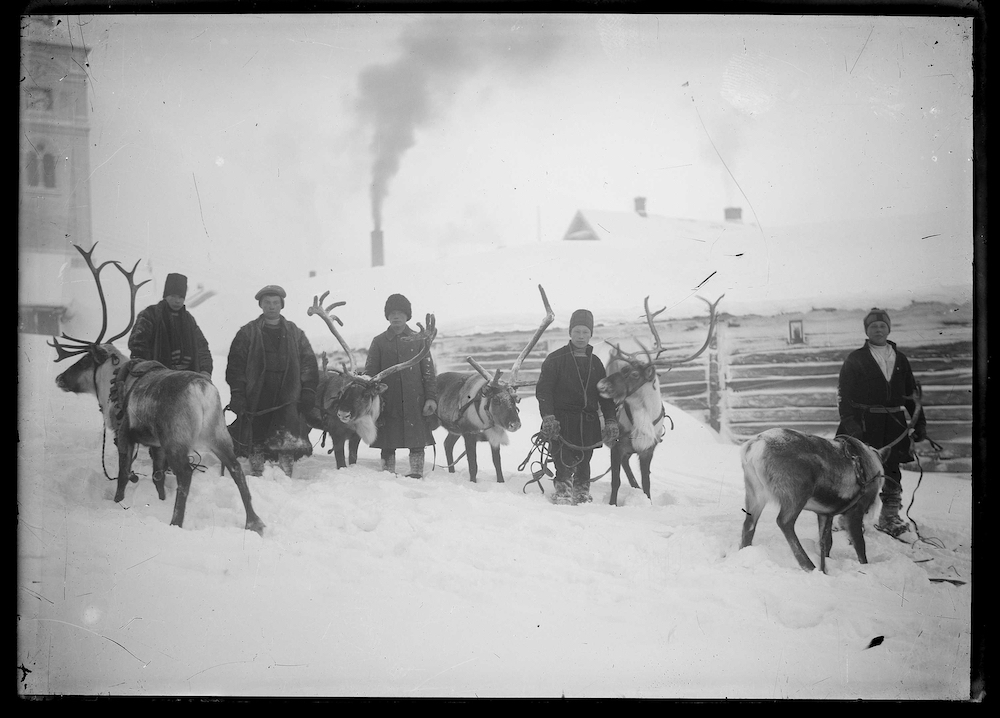 The first Sámi civil society organisation in Norway was Brurskanken Samiske Kvineforening (Brurskanken Sámi Women’s Organisation) in Vefsn, established in 1910 on the initiative of the organisational pioneer Elsa Laula Renberg. In the early 20th century there was a lot of Sámi-political activity, which led to, amongst other things, the first international Sámi meeting in Trondheim in 1917.

Today the official policy is that the state of Norway is built on the territory of two peoples – the Sámi and the Norwegian. Both people have the same rights to develop their culture and society.

Today there has been established a Sámi parliament in both Norway and Sweden, and South Sámi institutions such as schools, museums, theatres, and language centres, and they are located all over the South Sámi area.

Tjoejkehtæjja – Someone skiing after reindeer 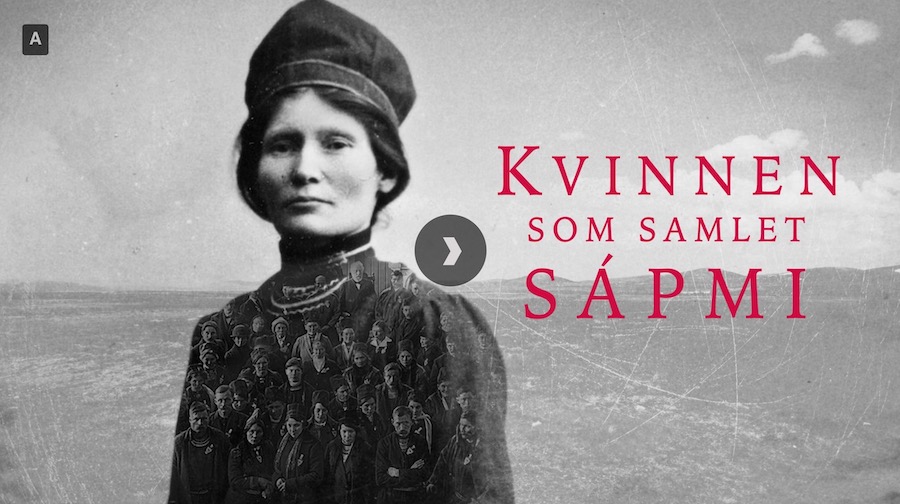